I’ve been thinking a lot lately about getting the most out of life. One of my greatest ambitions in life is to be well-traveled. Not sure where I got the travel bug, since my family pretty much never took vacations, and the farthest we ever road tripped to as a kid was from my hometown in NC to Gettysburg, PA. For some reason, though, whenever I think about the concept of “travel,” the very first thing to flit through my mind is a scene from Indiana Jones and the Raiders of the Lost Ark, just a tiny snippet of a scene of Indy and his friend Sallah having a conversation on a rooftop porch in Cairo. Note: I’ve never really aspired to visit Cairo. Weird, I know.

Hmmm…now that I’m thinking of it, I HAVE always loved the first scene of Raiders of the Lost Ark, and I’ve also always wanted to go to Nepal. Well, there you have it – Steven Spielberg is responsible for my insatiable need to travel.

Holy crap! I just looked it up on Wikipedia, and Raiders is older than I am (just by a few months, but still…)

Anyway, the entire point of this rambling late night/early morning post was to start taking notes about the vacations I plan to go on. So without further ado:

1) Pilgrimage to Santiago de Compostela. A six week walk from France into Spain by way of the Pyrenees (at least the route that I’d take – there are actually many possible roads, but I’d use the most well-traveled, although starting from England has always sounded tempting.

2) Russia & Siberia. I’d love to see Moscow, but I’d also love to see some of the older intact provincial architecture. The weather is so cold and dry there that old wooden churches are still pretty well preserved. Plus, they build onion domes in wood, which was just amazing. Get a load of this:

Plus, I’ve always been a little obsessed with Siberia. Again, no clue why, other than tigers and gulags, stories of both of which captivate me. Maybe it’s because though the stories of the land are of a harsh, untamed place, but it still turns out to be a place of unrivaled natural beauty. I dunno.

Does anyone else think those little blotches in the bottom right corner of the picture above look a bit like bodies? It’s creepy. I’m hoping that maybe they’re just people enjoying the summer grass. Need to scroll down now and see if I can get the photo off of my screen.

3) Australia & New Zealand – I want to see the horses, goats and sheep. Yes, we have them here, but I want to see them while I’m surrounded by people with charming accents. That’s the stupidest reason to want to go somewhere, I know. Maybe not as stupid as loving Siberia because it’s often snowy. Meh. 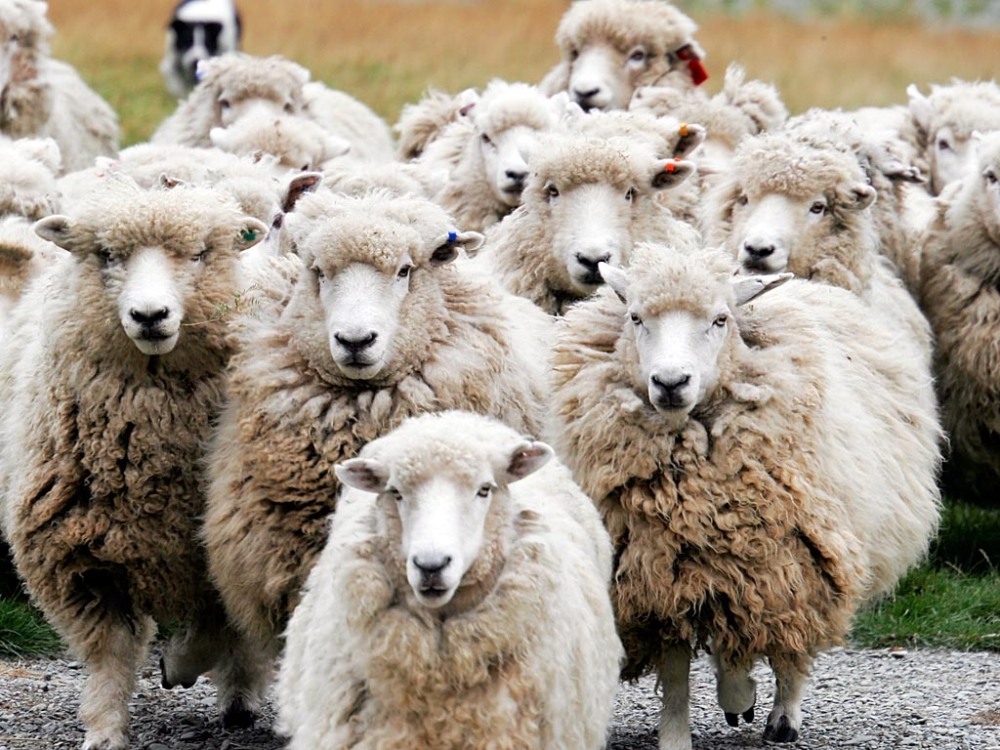 4) Hiking through Ireland! I went to Ireland for about six days back in 1999, and it was the shortest trip ever. We traveled the Ring of Kerry, and barely scratched the surface. Still, I loved every second. I still remember what the tea smelled like, and the particular texture of these amazing little fried new potatoes I ate at a pub one day. But what I really loved about the land was the damp cold, the vibrantly green grass, the imposing terrain, and the sheep. I got to pet my first sheep in Ireland, and I’ve adored them ever since. I’d like to hike in Ireland. Visit the Giant’s Causeway, stop in at pubs and small inns, sing and drink and dance and learn more about the country that seems right up my alley. I wish that The Man was interested in going travelling with me. It would make it so much easier to have dreams like this. Yes, I might be stuck in the Dark Ages, but I’m just not interested in going on rambling walking tours by myself. Unless I’m on pilgrimage, but that’s a different story.

This is turning into a ramble, in itself, so I’m going to call it a night and think more later.