Hallelujah, I’m finally caught up! I wanted to choose something moderately easy, since I’ve got a lot of tasks to accomplish tonight. So around two hours ago, I sat down to make a 12 module origami ball (using instructions from A Fine Tangle) that should have taken around 10 minutes to make.

Twenty minutes ago, I was laughing hysterically as I tried in vain to figure out how the last three flaps fit together. I had been trying to work out that same problem for another thirty minutes before that. It’s hard to explain the feeling of staring into the mouth of madness as you attempt to figure out a simple fold, but every now and then you just have those special “WTF?” moments. It’s all about meeting them with laughter instead of tears. It’s also helpful to take the model apart and do it over.

It took me three times of taking it apart completely to figure out what I was doing wrong, but as you can see, in the end it worked out perfectly. This model, by the way, is something little kids learn. I know that because I ended up reading a lot of blog posts and watching a few YouTube videos to see where I was going wrong. I felt a little like an idiot knowing that 10 year olds make these during recess, but then I remembered that I used to fold awesome notes to pass to my friends in class, so I’m not a complete dunce, just a little rusty. Onwards and upwards, folks! 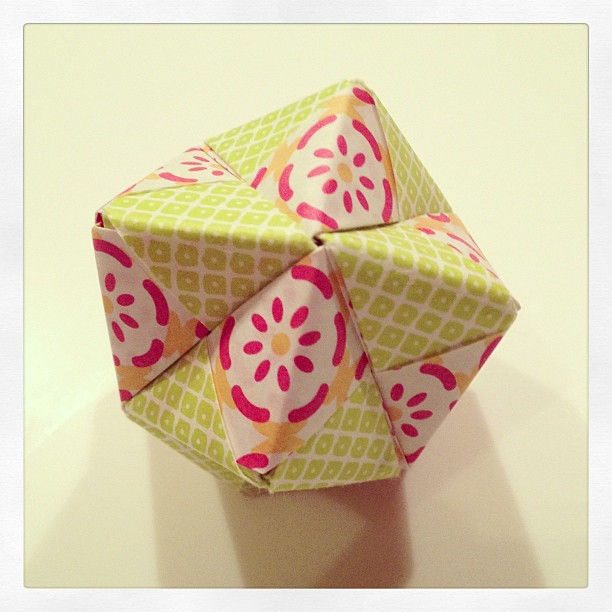