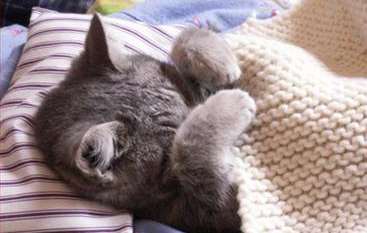 Sorry I’ve been away. I’ve been very busy, but also not feeling well at all for the last five days or so. I think that I might have an anxiety problem. On Friday night I had a headache that wouldn’t go away, and all day Saturday I was nauseous and dizzy, and had a headache. By Saturday night I was OK enough to man the gallery for another art exhibit (which went fabulously), but on Sunday though the headache went away, I was fuzzy-brained and sad. Monday I woke up OK, but after lunch my stomach was so upset, and last night in the middle of the night I woke up and was sick. I didn’t sleep well after that, and though I woke up feeling OK, now my stomach is upset again, and I’m feeling fuzzy and dizzy again. My hands are feeling tingly, and my back hurts. But how much of it is real, and how much of it is in my head? I feel like if I could only pull myself off of the couch right now and go work out or something, I’d be OK. But I’m not OK, because I don’t have the energy to leave the couch. The moment I stand up, I’m dizzy and out of sorts again. I just want to stay in bed for the rest of my life.

For the last couple of weeks, I haven’t slept well, and The Man and I have been having a much harder time than normal relating to each other. Yesterday, he brought home a science fiction novel, literally the first “for pleasure” reading I have ever seen him bring home in almost 7 years. I was pleased, and mentioned how nice it was that he might be reading a book. That it was something we could do together. He did that thing where he acts like I’m crazy, and said that he “reads plenty.” Yes, I know that he reads documents at work, but he’s never read a novel the entire time we’ve been together. I again tried to tell him how nice I thought it was that we could share an activity like reading. At which he tells me that he’d never want to read with me, to sit on the couch together reading. Which is fine, I like to read by myself, but now I know at least that there’s someone else reading in the house, which to me is very comforting and calming. He then goes on to make a point of the fact that we’re always in separate rooms, and that he leaves me alone as much as possible, and that whether or not he’s reading in the other room shouldn’t matter.

He continually misses the point. It’s nice to share something with your significant other, and we share nothing. Now he probably won’t even read the damn book just out of spite. He’s so angry all the time now, not towards me, not in a way that is even meant to affect me, but it does. I’m tired. I think worrying about his emotional health is taking a toll on mine. And I’m tired of wondering what I should be doing. I wish I didn’t have to make this choice. I don’t want to give up, but I hate the way I’m living. And tonight he’ll come home and be charming and sweet and loving, since he worked through his persnickityness last night. It will drive the knife in further, make it even harder to make the call, like it has for the last two years. I’m 31 years old, and living alone with someone else. It’s really not what I imagined for myself.