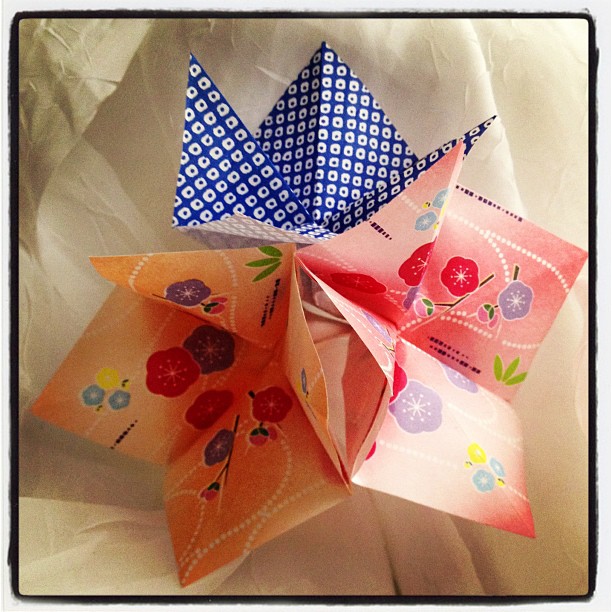 I’m honestly a little ashamed of today’s entry into the Thirty Days Project. These origami blossoms were easy to make, taking about five minutes in all, but they’re also pretty boring. I started off trying to make a crane early this morning, since I’d read that they’re very simple (more of a kid’s project). After 45 minutes and two failed attempts, I gave up. I was already at work, wasting time, so I hurried to do more productive things, only going back to my origami attempts about an hour ago. Since I’ve got a long evening of writing ahead, and a pretty big project on my hands at work, I thought it would be best to just go simple. The one good thing about these little flowers is that I had a few sheets of paper left over from failed attempts at my vase yesterday, so I just ignored the existing creases and used those pieces of paper to make the blossoms.