I have a confession to make: I’m tired of hearing the term “lean in” in relation to women and careers. However, I think that might be because I keep seeing conversations where “lean in” is being used to say “go balls to the wall, no more relaxing, don’t stop until you’re on top!” In actuality, the idea of leaning in isn’t just about becoming a CEO of a Fortune 500 (although if that’s your dream, by all means, go and do it). Leaning in is bigger than achieving success in the corporate realm – it’s about following your dreams with tenacity and grace.

There’s also another part to leaning in that isn’t being discussed quite as much in the media, and that’s leaning back. Think about it – sometimes you have to lean into the waves to keep standing, but sometimes the force is just too much – it will break you, and it’s much better to lean back and go with the flow. You might be back a step or two, but you’ll be in one piece, and the stress of getting there will have been negligible in comparison to what it would have felt like to get pounded into submission. Too much leaning in or leaning back is bad for you. That’s the nature of life, yin vs yang, light vs. dark, good vs. evil. The trick is to know when to change direction.

Over the past few years, through hating to make a scene (aka. “cowardice”) and my basic nature to be a “team player,” I’ve refrained from making quite a few decisions that would be good for me, in order to not upset anyone too much. I’ve leaned back time and time again, in both my personal and professional lives, and it’s been chipping me apart, piece by piece, until I barely recognize myself some days. Many days, C&Q is one of the only places I feel entirely like me, because it’s the only thing I control.

The thing is, as much as I love this blog, my virtual life shouldn’t be richer than my life in the physical world. So, starting today, I’m going to make a major effort. I’m going to start leaning in, even though it terrifies me. I want to be truthful about who I am, what I want, and where I hope to be going in life. I made my first step towards that goal this morning when I quit a job that has made me miserable for years, and over the past year had actually started to make me physically ill. I was so scared to quit that I ended up writing a resignation letter instead of calling the boss, but as I wrote, I was able to capture the gratitude I felt for my years on the job, as well as the relief I felt for being released from its burden. I think it’s going to be OK. And if it’s not, that’s OK, too. I deserve to be free.

My second major act of the day might seem silly, but for me it’s really scary. I’m going to post a photograph here that was taken on Saturday by my photographer friend Dave Rodrigue. It’s the best portrait that I’ve EVER had. It looks just like me, like how I look when I look at myself in the mirror and think beautiful thoughts. You can almost see my dreams, floating right there in my pupils. It’s also a great photo because it shows me just how I am – a little irreverent, a little snarky, wearing this armor that says I’m fearless even though I’m often cowering just behind it.

You see, I have a feeling that if my grandmother saw this photo, she’d be disappointed in me. I think that if she sees it, she’ll spend some time telling me how I’ll never get a job with a respectable company, because I’ve ruined my “professional image.” I think that maybe I’m scared that my professional image might actually be ruined by posting this photo. But then I think about it again and I realize that I don’t care. It’s a photo of me, being myself, wearing a funny t-shirt that makes me happy.

Bottom line is that I’m not a harmless little bunny. But neither do I want to be. I am Anna. I am my own compass. I know which way is best for me. And if an organization that I’m not even familiar with just yet sees this photograph and decides that I’m not the fit for their team, then they’re quite right. Because I don’t want to work with people who judge books by their covers, who can’t have a laugh, who’ve never aspired to be an adventurer, just for a little stretch of the road. That’s just life, and when I stop to think it over a bit more, it’s sad that more people don’t have the guts to be themselves in the face of this abyss that is time and age and death and someone else’s profit.

I’m done pretending that I’m someone I’m not, and most of all, I’m tired of the world telling me that I’m not allowed to be multi-faceted. If you want to know how professional I am, invite me to a business meeting. We’ll talk marketing strategy. You’ll be impressed. Otherwise, grow up and find something else to be offended by – like people who don’t recycle, or animal abuse, or unwarranted military action, or systematic destruction of creative impulse in our younger generation in favor of teaching better test-taking. Take your pick – the world’s falling apart around our ears. Which, by the way, is the next part of leaning in. But we’ll get to that soon enough.

For now, here’s me leaning in to being me. It’s a start. 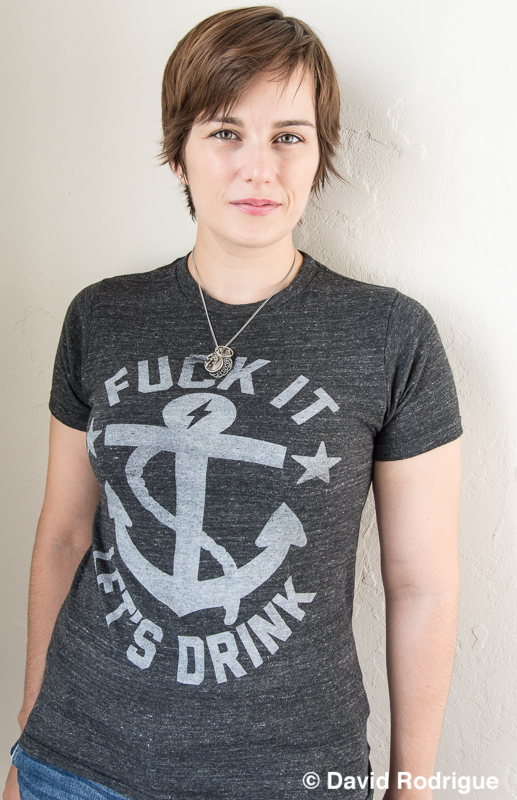